“Art is not a luxury as many people think – it is a necessity. It documents history
– it helps educate people and stores knowledge for generations to come.”
​
​– Dr. Samella Lewis
​

THE ART AND ENTERTAINMENT NETWORK 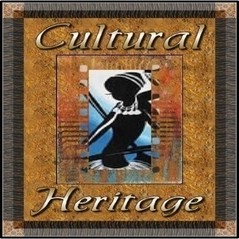 "Culture is one of the most important levers to pull in order to rehabilitate and relaunch an
economy; It also provides direction.
”Aminata Traorẻ

Sharing “Our Cultural Knowledge and Experiences” in the areas of Commerce, Culture, Community, Education, Influence, Knowledge, and Faith; via established business, educational, social and tourism networks.  The ultimate goal being to “Rebuild and Connect” the global people of PAN AFRICA, via the technology platforms of the internet and to use proven Cultural Economics and Heritage Tourism programs to  develop Forgotten Communities, foster prosperity through business growth and job creation; and to  facilitate cultural exchanges  and services with other members of the African Diaspora, in partnership with the Pan African Cultural Heritage Alliance.

The Art of Faith Network

The clustering of cultural businesses is our tradition.  Our ancestors and all cultures created the Market Place by clustering businesses to serve the cultural and communal needs of the people in the region.  Clustering also produce other business opportunities.  Most importantly, it creates wealth and jobs.  The Pan African American Cultural Heritage Market Place and serves the cultural needs of a global people, Pan Africans.
​ 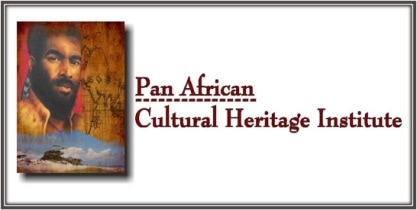 The Pan African Cultural Heritage Institute celebrates the culture and connectivity of the people of the African Diaspora.  The African Diaspora being defined as people of African descent who live as cultural and national communities in Africa, Europe, the Caribbean, South America, Central America, and North America.

The  Pan African Cultural Heritage Institute was created  in  honor of the life of the first person of African descent to set foot on North American soil. Estevanico was born in Azamor, Morocco. When he was a teenager, during the drought of 1520-21, the Portuguese sold many Moroccans into slavery. Estevanico was sold to Andres de Dorantes, and the two joined an expedition to the lands of Florida. It was to be a tragic expedition: Although they reached Florida in 1528, many on the expedition died of illness, injuries and attacks. Many fled by boat, reaching the Texas coast, where they were enslaved. By 1534, only four were alive:   Estevanico, Dorantes, Alvar Nuñez Cabeza de Vaca and Alonso del Castillo Maldonado.

The saga of Estevanico is symbolic and recognizable to all people in the African Diaspora. His courage under duress, his intelligence and survival skills are culturally evident.  But most importantly, Estevanico was a product of his faith teachings and his culture. His heritage gave him the pride and stamina to endure and to serve as a humanitarian to those less fortunate.  Gifted, he used those gifts in relationships with other cultures for the benefit of the whole. Although enslaved, Estevanico became a leader, an explorer, an educators, a healer and a spiritual ambassador for every culture he represented.  And the Pan African Cultural Heritage Institute was created as a way on celebrating his life and many others, and to connect the African Diaspora by showcasing our culture and economic prowess.

Let us celebrate!  Village by Village! The Pan African Village!  We are One!  One Culture, One Heritage!  Africa, Europe, Caribbean, South America, Central America,  South America, North America.  One Village!

Mission: To serve as the “Think Tank” for the National Black Chamber of Commerce Federation and the affiliates of the National Black Business Support Corporation. The Institute will also serve as a research center, in support of chambers, state and local governments, community and economic development groups.  Its role will be to perform unbiased research and provide white papers and opinions on cultural commerce issues that affect all cultures, particularly African Americans.  The ultimate goal being: to provide research documentation of the problem areas; show opportunities for improvements in those areas, and implementation by local communities to alleviate those disparities.

At African Network Television (ANTV), My Africa is Your Africa! ANTV is Africa’s First Global TV Network, the Only Place for all Persons of African Descent from around the world.

ANTV bridges current media gap on Africa through trustworthy and reliable Africans led discussion on Africa; by engaging Africans in reshaping Africa’s image and by making it possible for Africans to take a lead in telling Africa’s story.

With enormous natural economic wealth and the abundance of numerous untapped resources, ANTV sheds unprecedented spotlight on Africa’s role on the global future while portraying the numerous highly skilled people of African descent that are crafting the global economic future.

ANTV Network provides reliable central platform for serious conversations on real issues, prospects, challenges, and concerns of both the continent of Africa and all people of its descent.

ANTV’s core audience spans the globe, and includes all people of African descent, foreign investors to Africa, and members of general public with interests on Africa and its beautiful culture.

At ANTV, my Africa is your Africa!
ANTV mission is clear and specific; as Africa’s first global TV network and the only place for reaching all people of African descent. ANTV missions are as follows:

To provide a global media platform for Africa’s affairs and concerns of all people of African descent.

To bridge the current Africa’s media gap through trustworthy and reliable African – led discussion on Africa.

To illuminate self-perspectives of Africans by re-engaging and educating the world about the real Africa.

To provide a reliable platform for serious conversation on real issues, prospects, and challenges of Africa and all people of its descent.

To re-brand Africa by shedding unprecedented spotlight on Africa’s role on the global future; and highly skilled Africans who crafting global future.

To showcase the cultural richness and uniqueness of the great continent of Africa and its people.

To widen global market horizons for investors with Africa’s interest by highlighting the abundant untapped resources and opportunities the continent possess.

Why advertise  globally with ANTV

There are many reasons why ANTV stands out in its industry. We are proud of our service because we believe in nothing but excellent. Our partners that advertise with ANTV enjoy global name recognition secondary to unique market penetration of ANTV branding to Africa and beyond. We are committed to helping to expand the market horizons for business with Africa’s interest whether within or outside of the continent; and we take pride in surpassing customer expectations.

The National "For Artists - By Artists" Society (FABA)
​